When art comes out of its frame

Pierre Vanherck invites us to an inner and outer journey and gives us his personal answer to universally existential questions. He asks us others by shaking up codes of physics, chemistry and of art itself.

From chaos comes calm that the murmurs of shadows break,these verbs at the origin of the World.

The harmoniously-arranged silence of the universe comes from light and movement.

The Dazzling fireworks reveal a glittering round of life.

For all the works:
All the stones are: brilliant cut, color FG, purity VS1-VVS2.
All our wood species are certified and registered with CITES under the reference: BE-COP17-WOOD-010.
All jewelry pieces and goldsmith work are approved by the Royal Mint of Belgium.

Art comes out of its frame.

Usually the final point of the work, the frame becomes the starting point. The cane, until then, a prestigious ornamental item, becomes the medium to convey a larger message, revealed or hidden according to the spectator’s goodwill, which becomes the creator. Designed to be worn, the cane comes out of its usual frame to get in another framework, the one of art. Lighting, traditionally outside, is an integral part of the work. The precious stones and wood that would be locked behind a window express themselves under the spectator’s delighted eyes.

Thus, like « perfumes, colors and sounds correspond »*, cane and frame enter into dialogue under the effect of light and movement to quietly deliver the message that everyone will perceive in their own way.

With or without light, with or without movement, “Mysteries of creation” is not fully revealed. Each work contains the secret of the improbable union of metals and precious wood. Without the genius and ingenuity of the artist-engineer-creator, the whole would catch fire, which make the work unique in the world. Instead, he offers us a silently magical fireworks.

« Mysteries of creation » is composed of three works of art.

Pierre Vanherck’s career is punctuated with encounters, surprises and revelations that he can listen to, and above all with audacity, know-how and tenacity.

The first time Pierre Vanherck put his hands on a wood lathe, he was surprised to make the good gestures of a profession that no one has taught him. Soon, he realized his first cane. An expert told him that is was de bonne facture (polished work). It is a revelation for him. In the stock acquired at the same time as his machines, a piece of wood draws his attention – a small voice tells him not to cut it up to make pens. Having taken information, he learns that it is a precious wood from the 19th century destinated for prestigious canes. This is a first challenge that he is pleased to take up: to warp this piece of wood that no one dared to touch for more that 150 years.

He does not stop there, the reverse is the case. Before leaving his job for his wood passion and the freedom to create, Pierre Vanherck was an electromechanical engineer in a research center. He developed software programs to measure the expansion coefficient of building materials.

What makes him vibrate is the magic that happens when the piece of wood is on the lathe and offers its color when it reveals itself. In a few seconds, a piece of wood destinated to be burnt can take a whole new turn to become a work of art. If Pierre Vanherck “dreams” his creations, he realizes them almost in the moment and each part amazes him as it is born under his fingers, even before he has finished imagining them. Creation takes over thought. The story will be written afterwards.

What motivates him, beyond this pleasure, is to go beyond the limits and realize what seems impossible to create what never happened before: harmoniously and aesthetically assemble materials that by the laws of physics cannot be. After months of research, locked in his workshop to test metal combinations and wood resistance, Pierre Vanherck invented the formula – of which he keeps the secret – to cast metal in the piece of wood while preserving it.

This unique feat is his great renown today. He added another: to set precious stones and diamonds in handles, trumpets and shafts of canes. He considers himself “lucky” to be able to combine wood and precious stones from all over the world from his workshop in the village of Lillois (Belgium). Nothing stops him. He reinvents the system-canes, integrates an authentication chip, …

In the meantime, recognitions arrive. One of them still surprises him: in 2009, he realized the cane for Pope Benedict XVI.

Elegance, aesthetics, secret and his know-how allow him to receive prizes that motivate him to go further. Today, “Mysteries of creation” is an additional step in his journey. It puts his canes in their rightful place: exposed in a frame, illuminated and set in motion, they exist only for the pleasure of being admired and making dream. 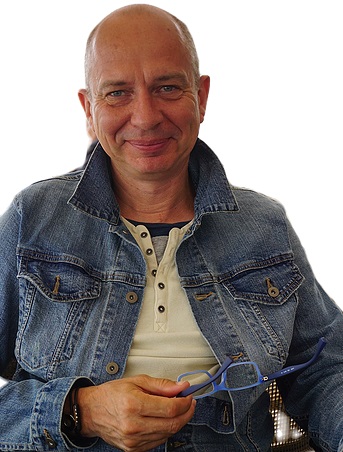 Pierre Vanherck ® is a registered trademark. All Pierre Vanherck’s achievements are protected by provisions relating
to intellectual property.© Copyrigh

Press and communication agency : SMARK – Your story deserves it